How Long Would You Trust? 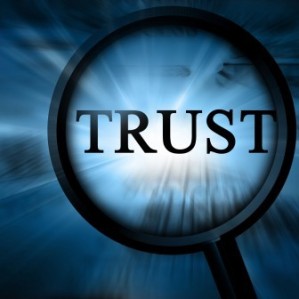 Do you hate deadlines as much as I do?

They just seem to creep up on you. If you have a debt, the payment dates probably cause stress. If you’re in school, paper deadlines are on the mind continually Or, perhaps you are biting nails over an upcoming surgery, a change in contract, or other harrowing deadlines.

In the Bible, in the book of Esther, God’s people were extremely worried about a particular deadline. The deadline was their execution.

In chapter three, the king of Persia, issued a disastrous law fueled by his right-hand man, Haman.

Haman hated that Mordecai, a Jew, wouldn’t bow to him. So he decided to eliminate all the Jews in the kingdom. And by judging the size of the kingdom, this would have been a mass genocide.

He cast lots to see which day the execution should take place, “and the lot fell on the twelfth month, the month of Adar” (3:7) NIV. So, Haman went to the king, and asked him to set the decree in motion.

Here’s the surprise. The decree was issued “on the thirteenth day of the first month” (3:12). So, it was almost an entire year that this death treat hung over the Jews.

Do you think you’d be able to handle that deadline? Knowing your life might end in less than a year?

What would you do?

Well, Mordecai was obviously distraught. But he didn’t despair. He trusted God. He encouraged his cousin, Queen Esther, to talk to the king. If she didn’t, “relief and deliverance for the Jews will arise from another place” (4:14).

Mordecai knew the Jews were God’s chosen people, and wouldn’t allow all of them to be wiped out. When life seemed to be stolen from him, he clung to what was true.

When crisis comes your way, can you trust God and His truth like Mordecai did? Even your life is in danger? Or trust Him for a whole year?

Father, give us the courage to trust you.