“So, you said vandals did this?”

Zach Jericho strained to look up at the maintenance man. The man’s cool blue eyes reminded Zach of a calm sky. He glanced down again. Someone outside had noticed the broken window several stories up, and found him sitting on the floor, his back to the desk.

Zach was almost too ashamed to speak, but he mumbled, “I didn’t say that.”

The maintenance man straightened up, and glanced back to the broken window. He seemed to catch on when he noticed the unstolen diamond cuff links on the floor. He scooped them up and laid them on the desk.

“Listen, this office is insured so don’t you worry about the window.”  The maintenance man turned and  leaned against the arm of the couch to face Zach.

“Whenever I feel shaken, I go for a walk.” Zach didn’t respond. “Why don’t you take the day off, son?”

Zach  soon found himself outside, aimlessly walking down the busy city street.  The weather was getting warmer, and a few puffs of wind had that fresh spring taste to them.  Zach didn’t notice. He hadn’t slept at all last night, and his eyes ached. His dress shirt, underneath his Armani suit, itched, and he didn’t care that his Italian shoes were getting scuffed on the pavement. Wrestling with how to remove the  heaviness from his chest, he stumbled down the sidewalk.

Suddenly, a crowd gathered in an outdoor courtyard caught his eye. They grouped around a single man who spoke loudly, his voice echoing off the gray walls. “Listen! You think money will make you happy? Too much of it will only bring you trouble.”

Zach remembered this man. He had heard about him from the news.  This guy traveled the city and preached the Bible to anyone who would listen. Some loved him, some hated him.  Zach thought him as “one of those Christians.”

But something compelled him to make his way toward the crowd and listen. He sighed, What do I have to lose? The man continued speaking about money, life, and how to gain lasting happiness. Zach found himself more and more intrigued.

It wasn’t long before more people  flooded the courtyard and Zach was pushed to the back of the crowd. Some taller people shoved their way in front of him. He couldn’t see and had trouble hearing. Zach glanced around; a black lamppost met his eyes. That’ll do.

Remembering his childhood days climbing trees, he shimmed up the lamppost. He didn’t mind the grungy spots it put on his suit, and was able to see over the crowd. He saw the  preacher look directly at him, and then talk to a few people nearby. Oh, great…he’ll figure out who I am and ask me to leave. He glanced to the crowd. A few people had recognized him. One woman glared. A young man in a t-shirt made a rude gesture. One older woman with grizzled, dark hair yelled at him.

“Get out of here, lawyer!” More people turned and joined in the glares. Zach looked away, his head pounding again. No matter where he went, people hated him. I don’t blame them.

He was about to slip down and leave when the crowd started shuffling. He glanced up to see the people parting to let someone through. His heart stopped when he saw the preacher walking toward him. Clinging to the lamppost, his thoughts raced. Oh no! What do I do? Run?

Too late. The man looked up at him, as he clung halfway up the lamppost like a scared cat. The entire crowd was staring at him now, many snickered. Zach thought he would die of embarrassment. He finally glanced at the  preacher. To Zach’s surprise, the man’s expression was soft.

“Hey Zach, come down here, I want to buy you lunch today.”

No one had offered to buy Zach lunch in years. He slid down the post, his feet clapping against the concrete ground. He was stunned and didn’t know what to say. The preacher stepped over and clasped Zach’s shoulder, leading him back toward the street.

The crowd watched in shock as this honorable man left with a dishonest lawyer. Zach overheard some angry murmurs “Doesn’t he know who that is?”

Once they rounded the corner, the man glanced at Zach and flashed a genuine smile. “Pick any restaurant you like.” Zach couldn’t take it anymore. He looked away in shame and his head pounded like it was between a hammer and anvil. “W-Why…? Why are you doing this for me?” Tears spilled from his eyes.

The preacher stopped and looked him squarely in the eye. “It looked like you needed a friend.”

“But you don’t understand, I’ve done some awful things and everyone hates me.” Zach sniffed. “I’m not someone you should be hanging around with.”

The man placed his hands on Zach’s shoulders. “Yes, I should. I want to let you know that I can forgive all the things you’ve done. You shouldn’t hate yourself. I can help you become an honest man.”

Back in the office, Zach gripped the phone tightly. His stomach was twisting into knots. But he knew this was the right thing to do.

“Mr. Stephens? Yes, Zachary Jericho…No! Wait! Don’t hang up! I…I wanted to call and offer a deep apology. You were correct, I overcharged you an unforgivable amount, and I would like to reimburse you completely…no, this isn’t a joke. In fact, we should meet. How about lunch tomorrow? My treat.”

After hanging up, Zach crossed Mr. Stephen’s name off a sheet of paper.

“One down,” he murmured under his breath as he ran his finger down a list of past clients. 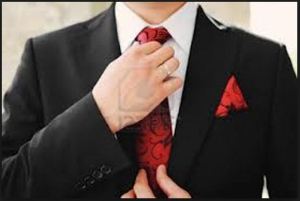 I have it all.

Attorney Zack Jericho leaned back in his chair, quite content. His  mahogany desk shone. The new leather couch filled the office with its rich smell. He picked up the next case from his desk. It was a private civil case regarding a Henry Stephens who wasn’t satisfied with a major company’s product.

Mr. Stephens was ushered in, and Zack told him to take a seat. After going over several details, court dates and such, Mr. Stephens stood and offered his hand. “Thank you, Mr. Jericho. I know I’ll have the best lawyer backing me up.”

Once the man left, Zack broke for lunch and rose from his desk. He opened his office door a crack when he heard his secretary, Miss Rhett, speak. She sat in her little work space just outside his door. He heard every word.

“I wouldn’t hire Mr. Jericho if I were you.”

He heard Mr. Stephen reply. “Wow, you must really hate your boss.”

He heard Miss Rhett’s chair creak as she leaned forward. “No, everyone hates him. I’m quitting as of next week. He cheats his employees out of their paychecks, he scams his clients, and no one can touch him with all his power–”

“Oh, he can’t be like that.” Mr. Stephens interrupted. “I’ve heard good things about him.”

Zack retreated into his office. Wow…that’s a shame. Miss Rhett was very useful. Second secretary this month. He made his way toward his wooden desk to fill out a pink slip. Can’t quit if I fire you first.

He almost couldn’t hear Mr. Stephen’s final comment. “Well, I have my faith in Zack Jericho. I think he’s the the best lawyer this city has to offer.”

A couple of weeks later, one Wednesday evening, it was late and everyone had gone home. Zach was left alone in the office. The week had been tough, and he couldn’t shake a heaviness that had been pressing him for a few days.

Maybe I should call it quits— His thoughts were interrupted by the sound of a new email. It was from Mr. Stephens. Zach usually deleted emails from previous clients. But something compelled him to read it.

It began with no formality. “You overcharged me $20,000, you selfish–” Zach skimmed through the description. It was typical hate mail which he usually did not read, but he continued. The last line caught his eye.

“I trusted you, Mr. Jericho, I heard bad things about you and decided to give you a chance. You may be the best lawyer this town has to offer, but you’re the most despicable man in it.”

Zach stared at the text. His stomach twisted into knots, and his heart began to pound. He leaned back, trying to forget the names Mr. Stephens called him…but he knew the man was right. He was the first man to trust him in a long time, and he took advantage of him.

Glancing down to where his hands hung limply in his lap, he noted the diamond cuff links he had bought for himself two years ago. He got them because of the Bradley Case. Remembering Mr. Bradley’s devastated look when he was forced to sell his house to pay him back, Zack suddenly didn’t feel very comfortable wearing them.

He ripped the cuff links off and threw them across the room; they plinked against the new leather couch. Zach looked at everything in his office. The things he owned were bought with money from an angry customer or broken life.

Zach stood. His head pounded along with his heart. Flashbacks of all the people he had cheated and all their angry words came back to him like a flood.

“No! Leave me alone!” His eyes darted over all the valuables in his office. He could barely stand. “I hate this office, I hate it.” He noticed his costly paperweight resting on his desk he had acquired after overcharging a single mother. Her pained, begging expression floated like a ghost in his mind. Zach screamed.

“No! Stop!” He took the paperweight and chucked it at his floor to ceiling window. The glass shattered. Wind kicked up his papers.

Zach dashed over to the broken window, and looked several stories down onto the pavement. He snatched his Rolex watch from his wrist and threw it as hard he could.

“I hate this!” He dug through his suit pocket and pulled out the keys to his Ferrari, he let his arm fly, “I hate all of it!”

The wind and heights made him dizzy and he leaned against the crumbling pane. He breathed deeply as he felt tears begin forming.

Suddenly, the wind slammed into him and pushed him backward. Landing on his back, he crawled, and leaned against his desk, arms wrapped around his knees like a child. His breaths came in short gasps. Tears streamed from his eyes. “Oh, God. Everyone hates me….”